The Mayday Club organization is run primarily by BC-based neurodivergent youth. The founder of the choir is Nicole Provost  – who is neurodivergent. Nicole founded the choir in 2016 after experiencing isolation, bullying, and exclusion in her own life. The idea of a choir for neurodiverse youth came to her when she was just 16, when she sang in a local children’s choir and witnessed a child with ADHD struggling to stand still and sing in choral formation. In 2015, Nicole had a dream about a group of autistic children singing “I’d Bet My Life” by Imagine Dragons on America’s Got Talent, and interpreted the dream as a sign that she should start to make her idea a reality.

Nicole had no previous official musical or choral training, and no training on how to work with young people on the autism spectrum. Nicole had not even officially met another person on the ASD spectrum prior to starting the choir.

She founded the choir by building a website, learning about non-profits, reaching out to local organizations, and learning about choral singing, all while attending UBC and studying physics. For her, the choir idea was an outlet of creativity and was something she wanted to lay down the ground work for, and pursue in her future after she had graduated. To her surprise, people started signing up for real and asking to get involved,. The first phone call asking to enroll a child in the choir took Nicole by surprise so much that she hung up the phone out of shock! The called never called back, but shortly after, more calls came in (which Nicole actually answered) and the choir was started that September. 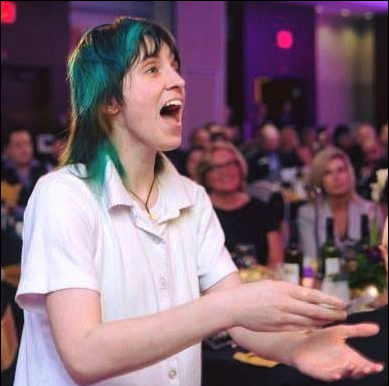 The choir has opened for such acts as Temple Grandin, and The Harlem Globetrotters. Mayday Club has sung live on CKNW News, was featured in a Lynda Steele podcast, was the subject of a documentary by Vancouver-Based production company Cutterpillow Productions, that premiered at New York Mental Health Film Festival. The choir presents lectures at UBC for aspiring professionals, and recently appeared live on Global TV to open the 2019 Variety Club Show of Hearts. In spring 2020, the choir was featured in an episode of ‘Our Community’, a documentary series produced by the Kelowna-based film company Render Digital Media. The episode, entitled ‘Normalizing Neurodiversity’ aired on AMI-TV on May 13th 2020.

For the over 50 young people who participate in practices every week – in-person and virtually – the choir is a place where they can come together and fit in no matter what. The choir gatherings have an intense and charged atmosphere of unity, passion, and love for life. Members of the choir are often the victims of bullying or exclusion in everyday life, and the choir offers a place of sanctuary and a chance to build skills and perform. Some past choir members who have graduated from the program have gone on to study counseling, music, or theatre, and they attribute their successes partly to their experiences in Mayday Club Youth Choir.

The choir is still primarily volunteer-run. Mayday has a strong team of volunteers and board members who work countless hours every week to keep Mayday Club magical. Mayday Club employs neurodiverse and gender diverse students during the summers to help prepare for the upcoming season.

Mayday also has its own radio show and podcast, where choir members and community members talk openly and share ideas, successes, and challenges all aimed at educating the community about neurodiversity.

Nicole and the Mayday team have big plans for the future, and their outreach is always expanding! In Nicole’s words, “our work is just getting started!” 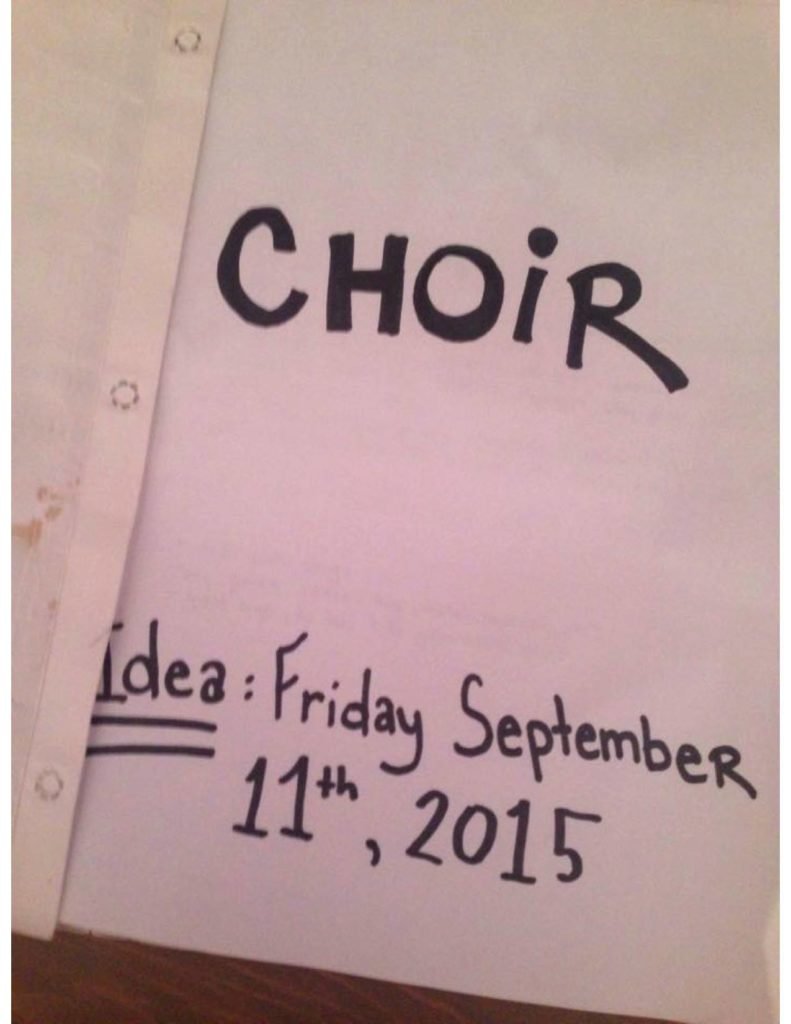 Nicole never intended to conduct the choir herself, but couldn’t find a professional conductor who fit their budget and understood neurodiverse children and youth. So on the way to the first choir practice, Nicole freaked out a bit, then pulled over and googled “how to conduct a choir”. Since then, she has taken training from various local music schools and attended master’s classes in Vancouver on professional choral conducting. Her enthusiastic, wild, and dance-like conducting style has become iconic to the Mayday Club Youth Choir organization and is as much part of the show as the choir itself.

The choir started out with 13 members in Abbotsford and has since grown to over 50 members across BC and Canada using Zoom and other methods of communicating and recording. The choir has published 2 albums, and has performed at over 250 venues and events across BC.

^ The choir’s first performance ever! 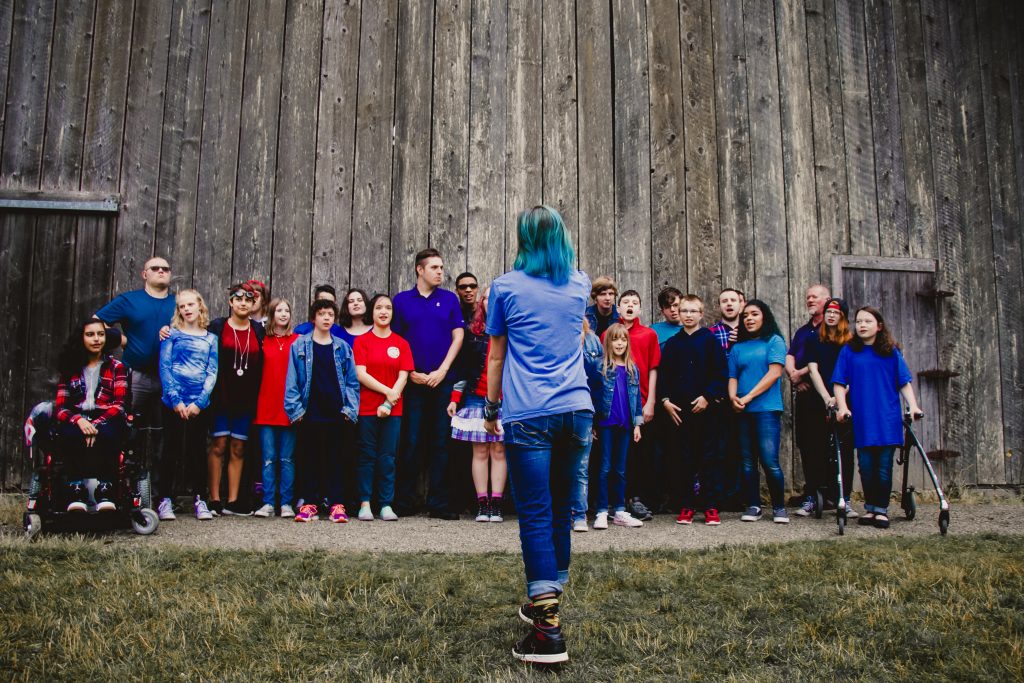