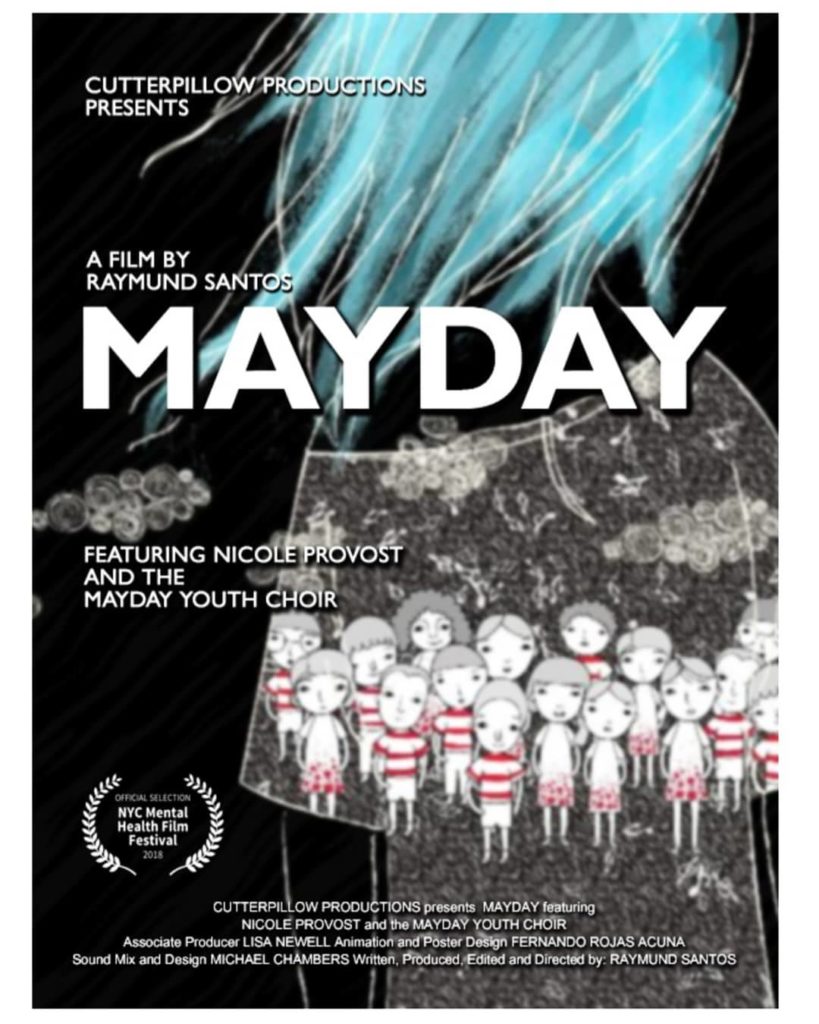 Is this even real?!?! This is the definition of a dream come true!! As some people might know, our choir has been featured in a documentary. We were at an event last year called EdUTalks in Vancouver. After our performance, I was approached by a super nice young guy, who told me his name was Raymund. He told me he is an independent film maker, who had been looking for inspiration for a documentary film for a while. He told me that he had been deeply moved by our team and our story, and asked me if he might be able to do a film about our choir. Of course I said yes!!!!!! Over the past 10 months or so, we have gotten to know Raymund – as he came to our events, practices, and performances. He really became part of the Mayday family!!! Throughout the journey, I was looking forward to seeing the final product. But nothing prepared me to see it – Raymund is extremely, extremely talented, and created such a deeply moving and beautiful masterpiece, about us!!!!!!!! To see our story told on screen…. it is surreal. It is amazing. Raymund, you have given us such a wonderful, unforgettable gift, and you will always be part of the Mayday family!!!!
In this post of Raymund’s, he is announcing that the film had been accepted into a film festival!!!!!!!!!! WOW! WOW, CONGRATULATIONS RAYMUND, you deserve this honor, and we are soooooooo happy for you!!!!!

Thank you for hosting us, @BC Council of Administrators, at your Spring Conference!

We had a great time performing at Valley Fest, UFV!